HOWLING GIANT is what happens when three nerds write about space travel, doomed seafarers, and a sentient android hellbent for a camel killing death crusade. HOWLING GIANT plays self-indulgent, drop-tuned, fuzzed out riffs that could curdle milk. With the release of their upcoming EP ‘Black Hole Space Wizard: Part 1’ due out on August 12th, the fuzz rockers from Nashville, TN have teamed up with The Sludgelord for the premiere of their video and second single ‘Dirtmouth’ plus an interview at the following link:

‘Black Hole Space Wizard: Part 1′ was produced by HOWLING GIANT, mixed by Kim Auch plus mastered by Chris Fasco as the follow up to their 2015 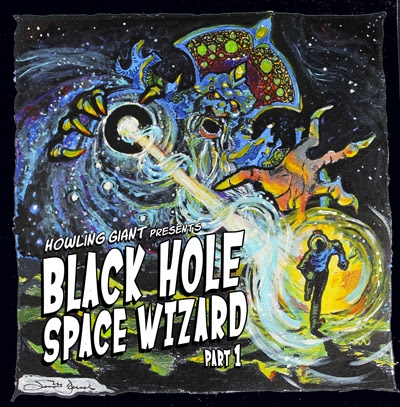