The official pre-order grants fans immediate downloads of the first two songs to be released off VALE, “My Vow” and “The Outsider” which was released online last year.

This week, the band announced an official BVB Army phone number as a new way for fans to keep up with the group. Join the new BVB ARMY and be the first to get news by Text Message! Sign up at www.BVBARMY.com

Get ready for the band’s biggest year yet.

BLACK VEIL BRIDES have shocked and electrified modern rock back to life. Their critically acclaimed self-titled fourth album, Black Veil Brides, bowed in the Top of the Billboard Top 200 and received “Album of the Year” at the 2015 Alternative Press Music Awards. It followed up 2013’s Wretched and Divine, which crashed the Top 200 at #7 and yielded the signature smash “In The End” proclaimed “Song of the Year” at the Revolver Golden God Awards. Playing to millions of rabid fans worldwide, they’ve ignited festivals such as Download and Rock on the Range and been tapped for high-profile tours with Avenged Sevenfold, Slash, Mötley Crüe, Hollywood Undead, and more 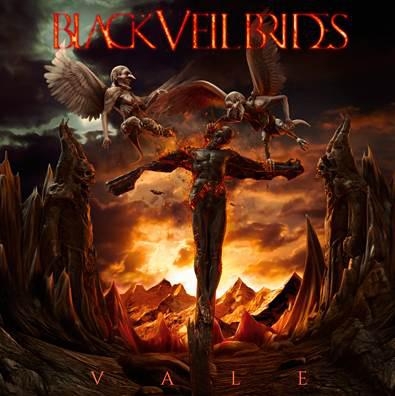